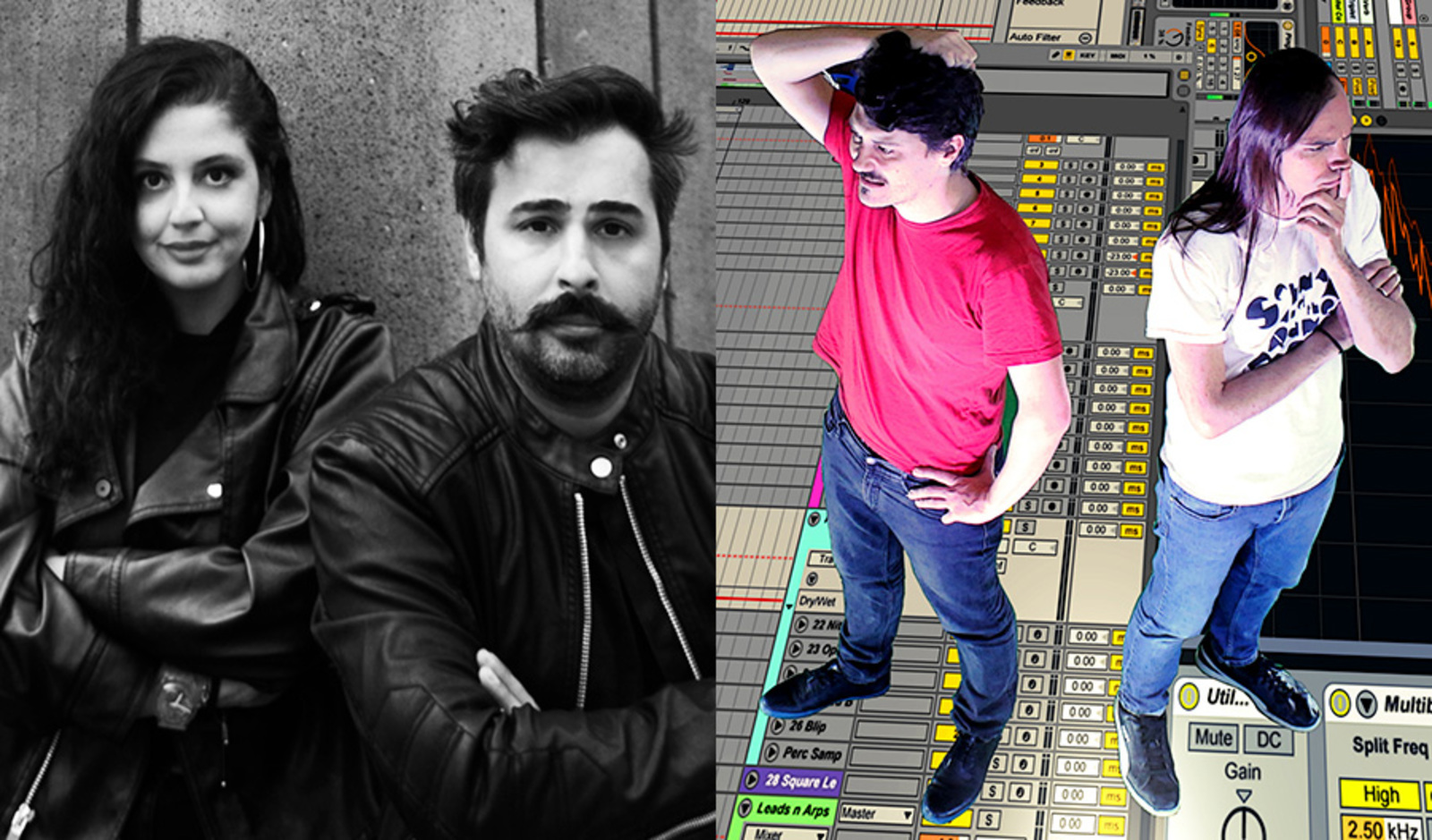 A brand new and exclusive collaboration debuts at SonarComplex this year featuring Istanbul based creative studio Ouchhh, and Barcelona’s psych-afro-tech-avant-rock duo Za! Taking its inspiration from the concept in physics of Superstrings, where by the physical world is contructed along the principle of vibrations, the collaborative work is halfway between a live show and a generative installation, where the musician’s brainwaves are converted into visuals in real time. In this case, those brainwaves belong to Edu Pou and Pau Rodriguez, Barcelona’s favourite psychonauts, as they re-interpret their sprawling, spontaneous music live.

New media studio Ouchhh works primarily with AI and data driven art, and have received numerous international plaudits for their installation work which combines art, science and technology. For the best part of a decade Za! have been in a league of their own within the european avant-rock scene, creating their own sonic universe, based on drums and processed guitar, but going much much further than that suggests. We can’t wait to see what they’re thinking. Literally.