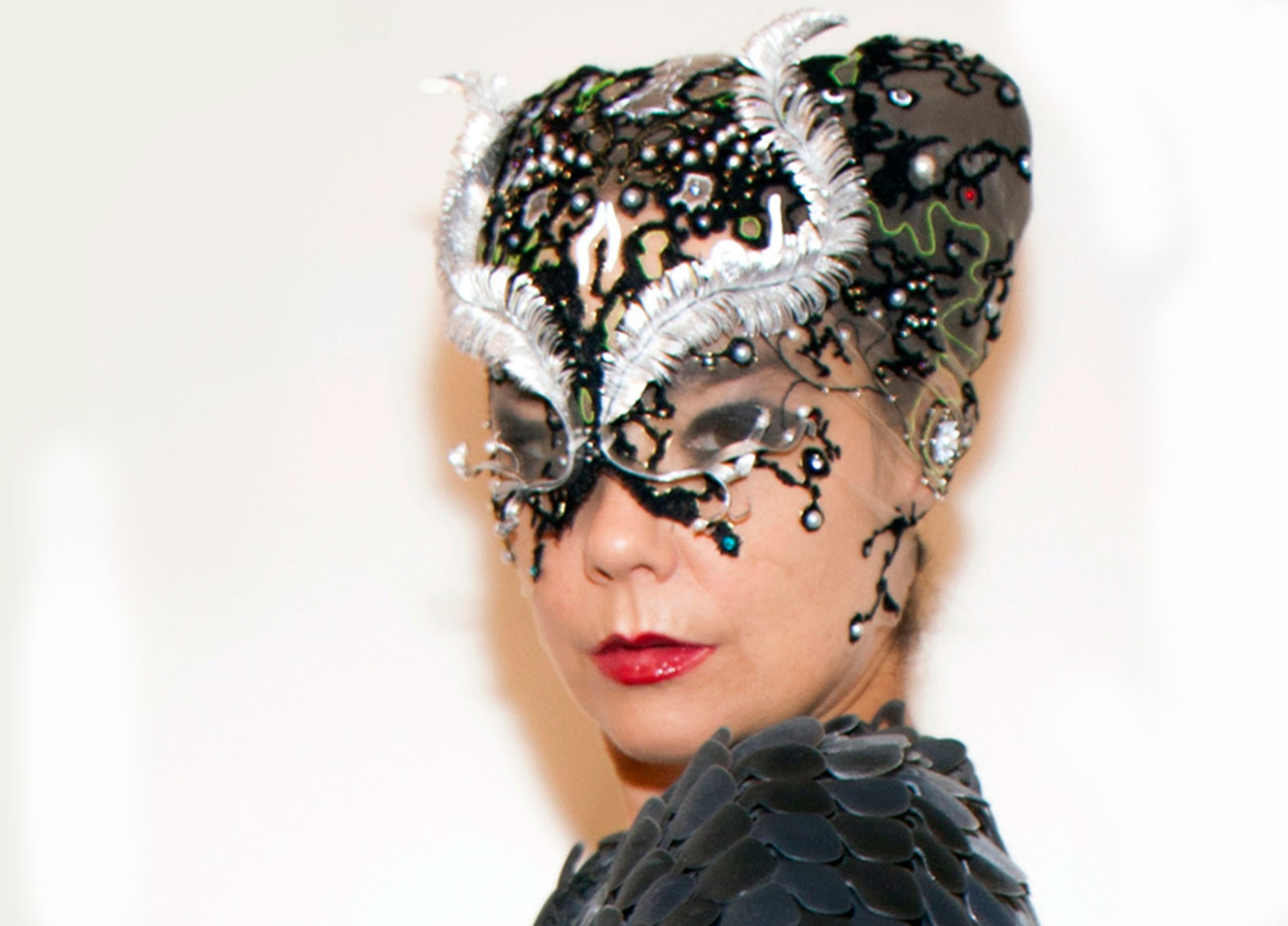 It is difficult to summarize Björk’s career in a few lines – it is a long one (she released her first album when she was 12 in 1977) and spans all kinds of sounds, styles and collaborations. Singer, composer, producer and, currently, DJ, Björk’s imprint on the culture of the last 25 years goes beyond music and expands towards the audiovisual and technological worlds. In the 90s,audiences were astounded by music videos and hers (directed by Stéphane Sednaoui, Nick Night, Spike Jonze, Chris Cunningham or Michel Gondry) are engraved in the minds of a whole generation.

The digital revolution demands for a deeper link between artist and audience, between music and visual. Thus, in 2011, ‘Biophilia’ turned into the first album composed of interactive songs and released as an app. At the present time, it seems as if Björk wants to digitalize herself. In collaboration with Neri Oxman, she converted her face structure into a digitally printed mask, and in her exhibition “Björk Digital” (coming at CCCB in June), she invites the audience to immerse themselves into her creative universe, through the VR pieces by creators like Jesse Kanda, Warren Du Preez and Nick Thornton Jones.

In flesh and bones or in zeroes and ones, Björk always remains Björk, and transformation is part of her nature.