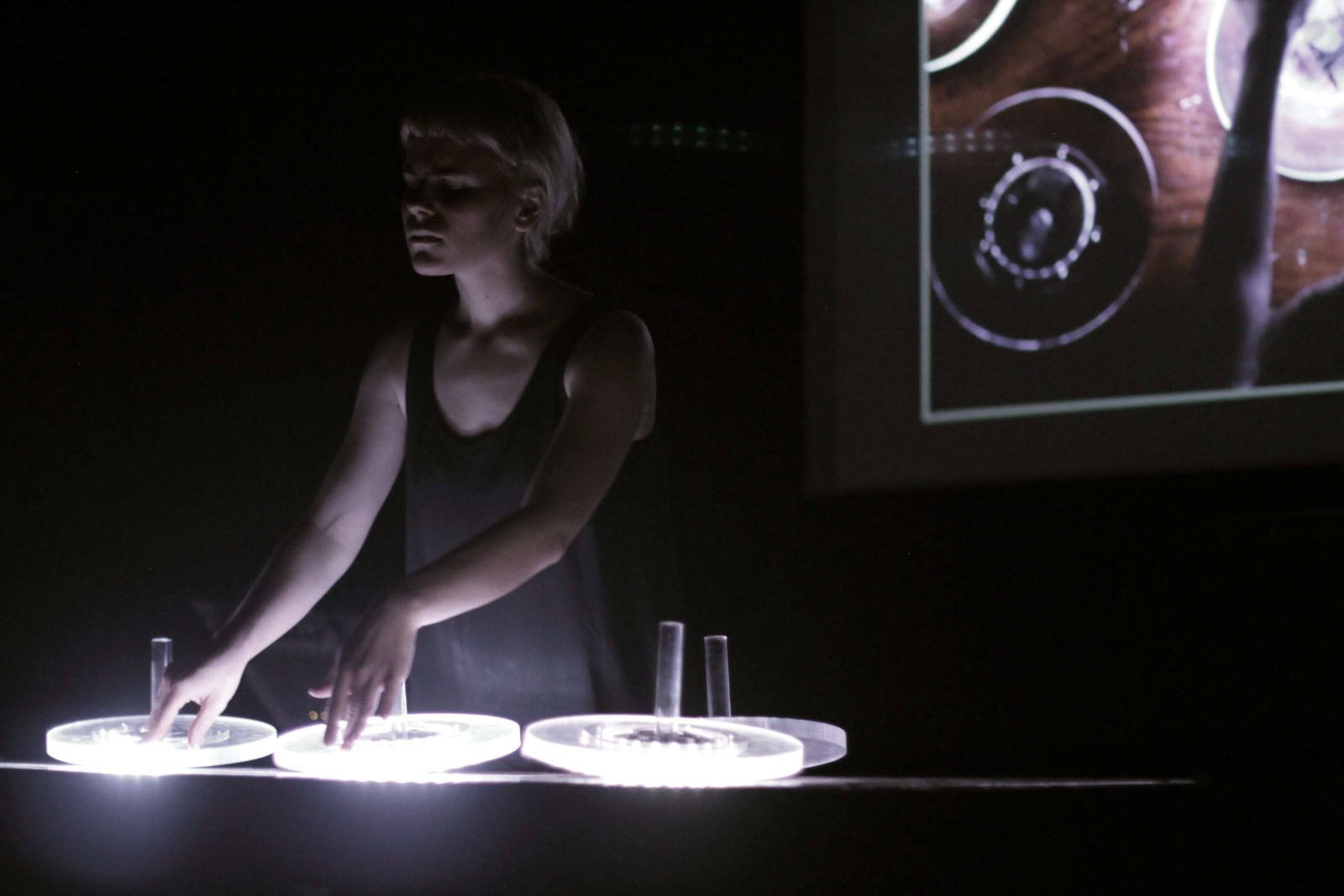 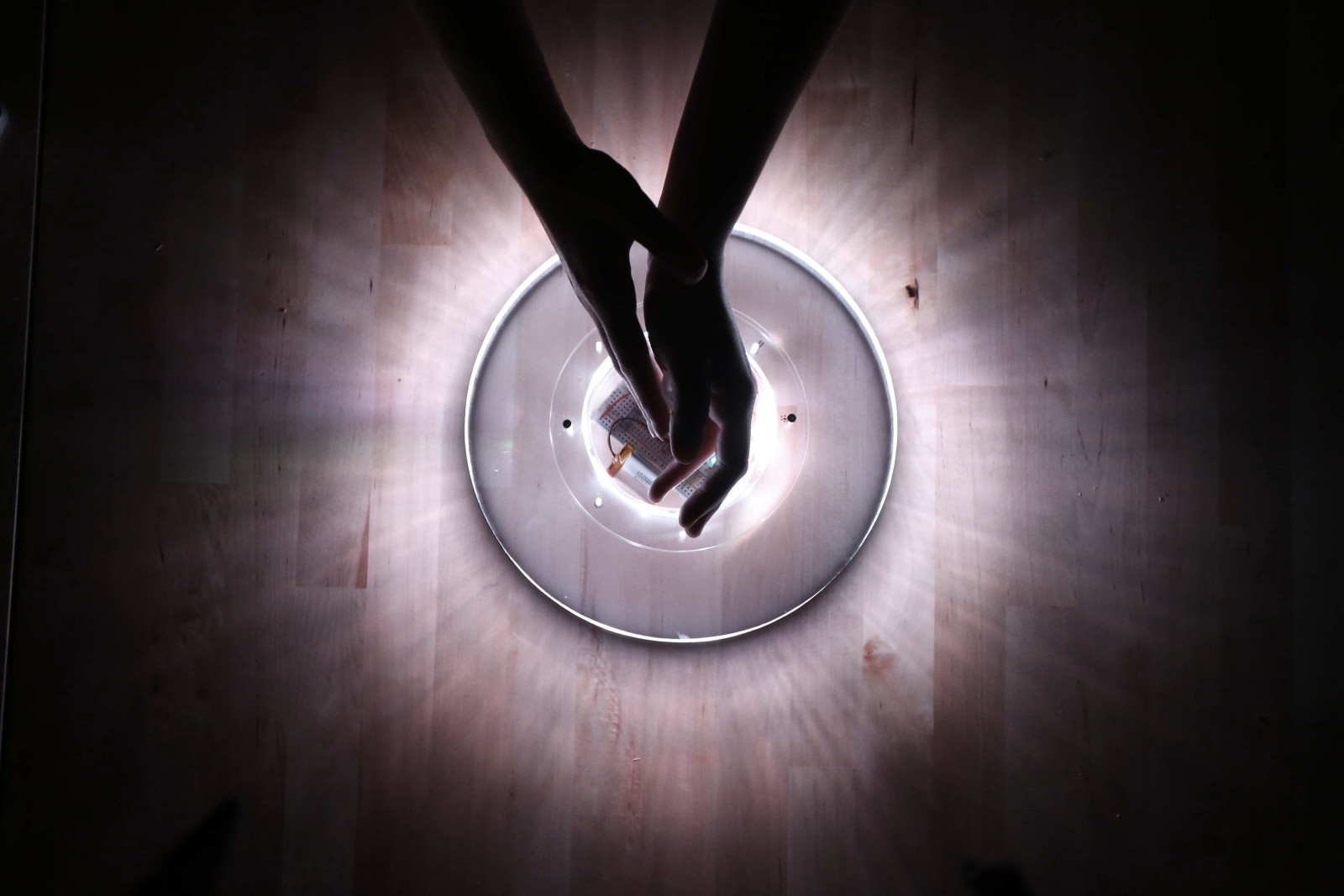 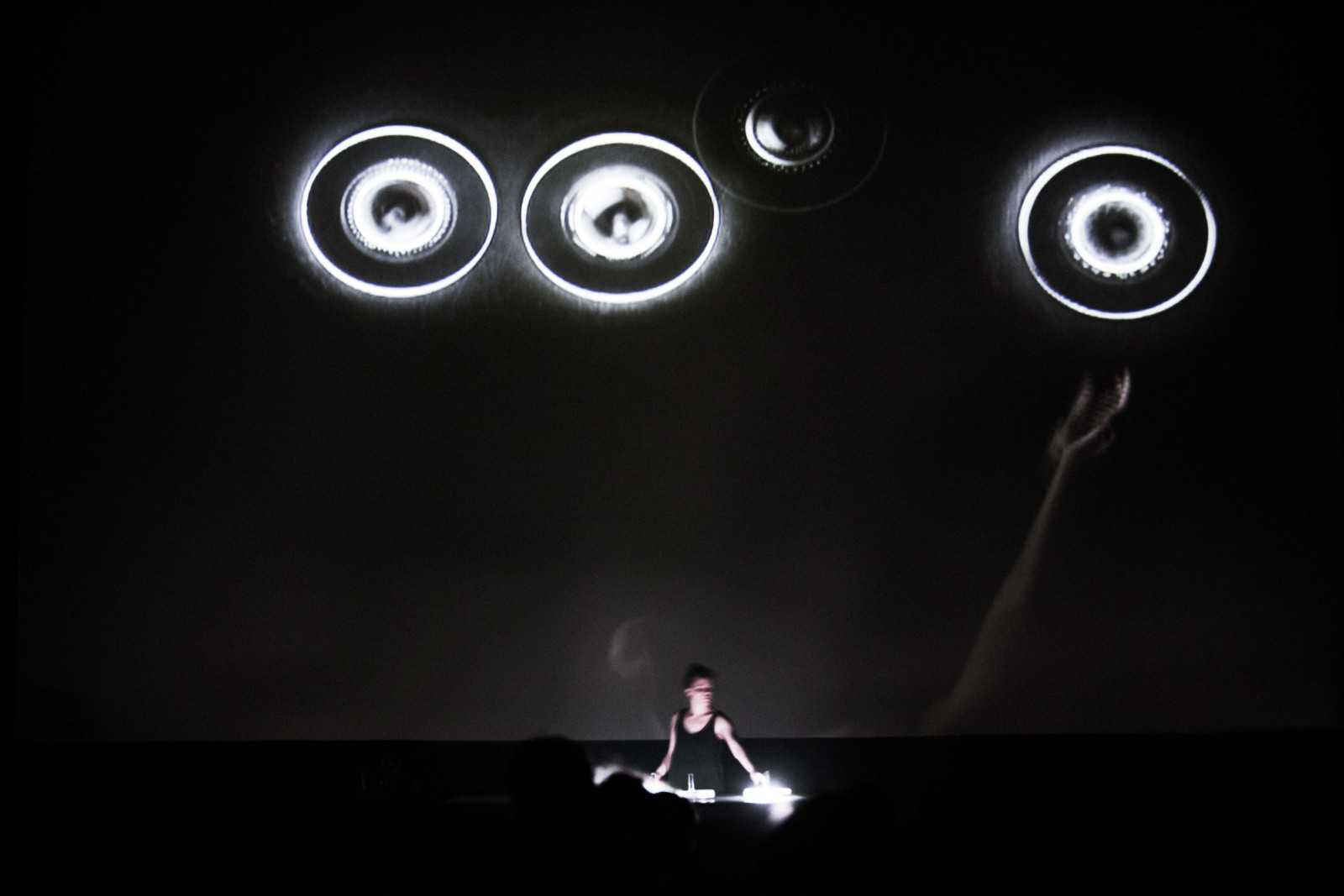 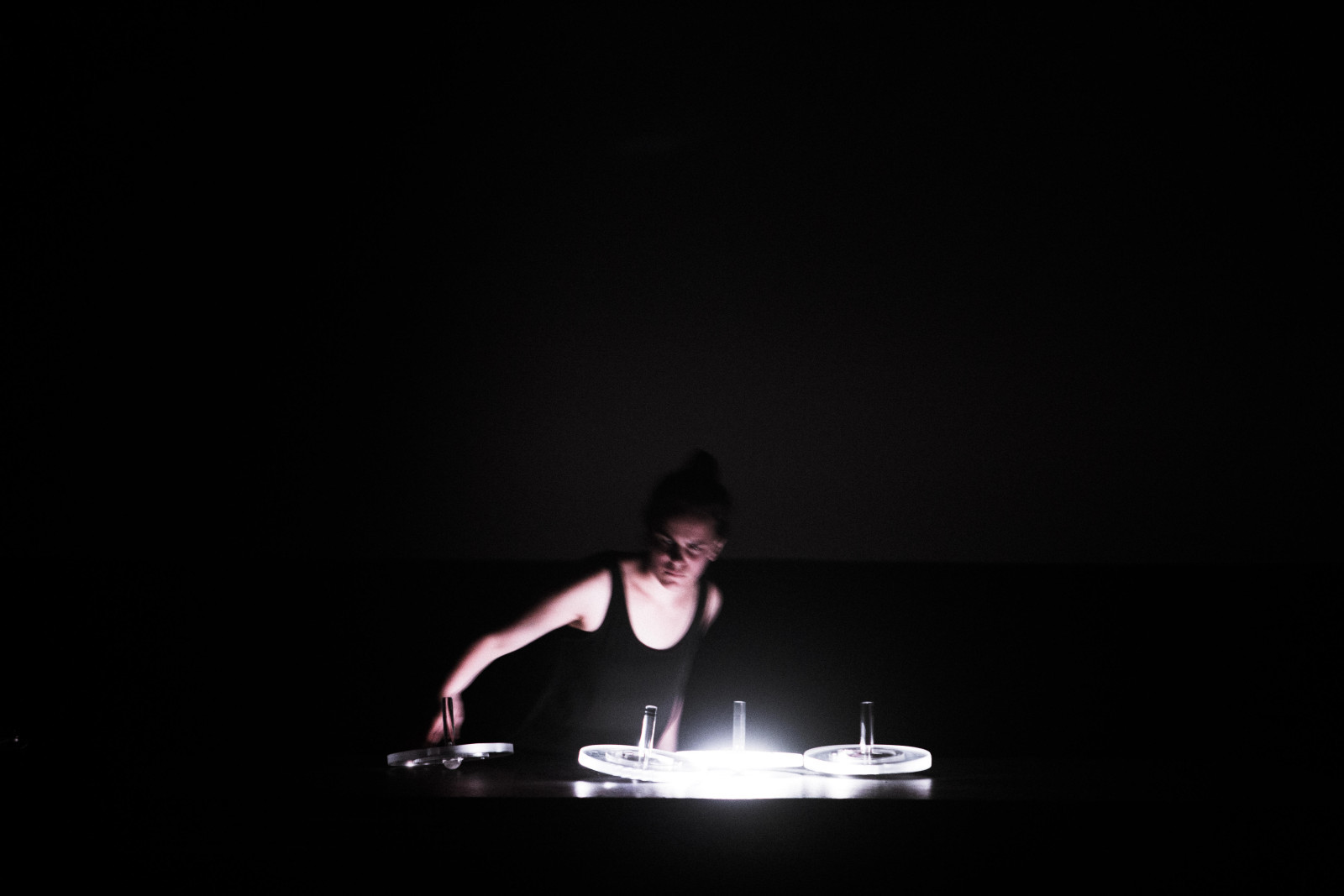 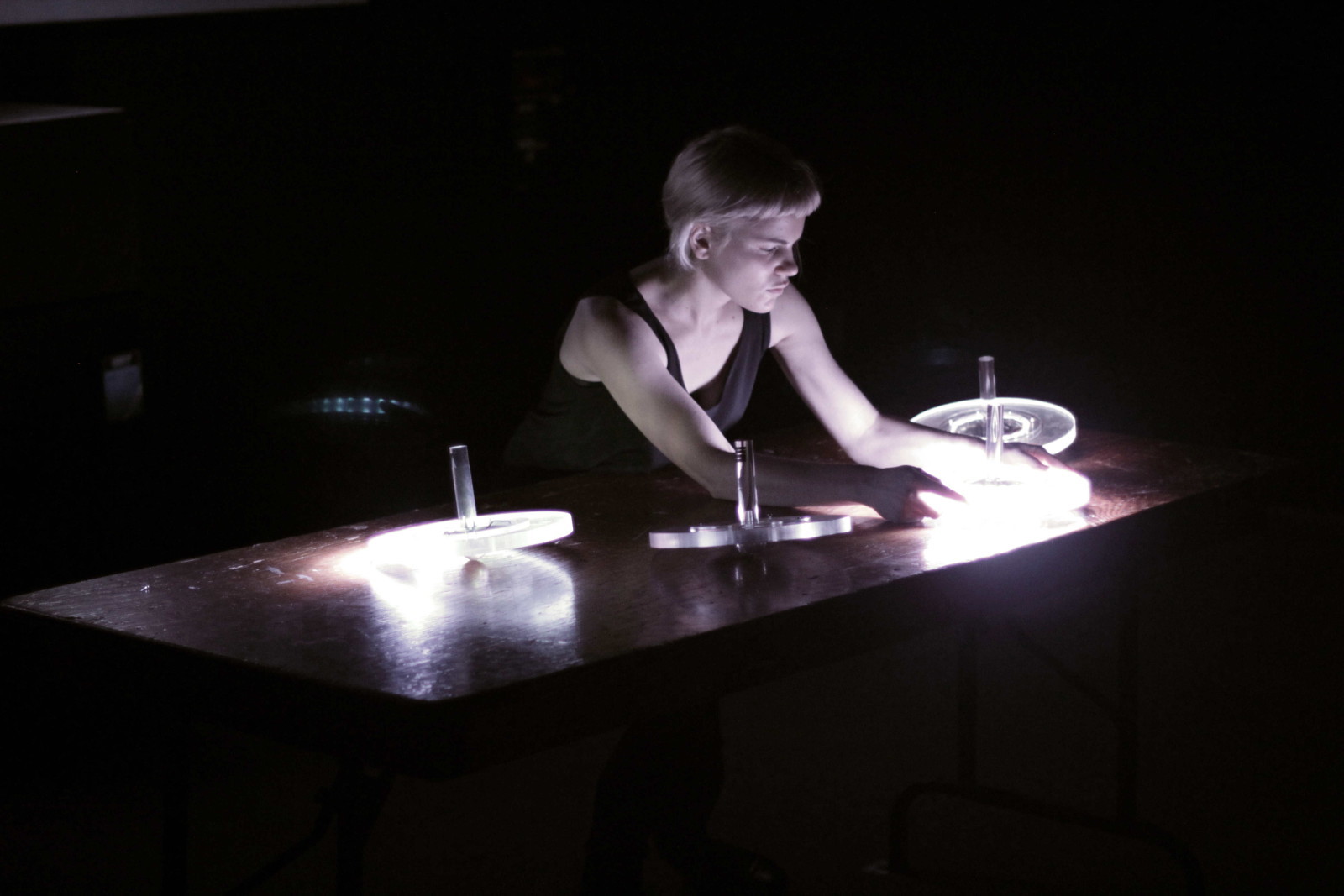 Soft Revolvers is the new show and project from Montreal artist Myriam Bleau. This is a performance show in which the creator manipulates four transparent acrylic spinning tops/disks that emit light and sound. Each of these rotating disks is associated with an instrument or a type of sound used in electronic compositions, with a sensor generating sound data algorithms. Its circular shape, the manner in which it moves, and the motion caused by Bleau’s manipulation, is not dissimilar to spinning vinyl on the turntables in a dj set. LEDs installed in each of the devices create a halo of light consistent with its velocity, creating an impressive visual experience that also unfolds on a screen behind the artist. Musically, the “Soft Revolvers” compositions oscillate between the experimental side of IDM, danceable techno and hip-hop beats, with patterns appearing and disappearing according to the disk’s rotation, thus achieving a constantly evolving hypnotic effect.

A multi-instrumentalist (she expertly plays the guitar, cello and piano), composer and sound artist, Myriam Bleau is invested in exploring the relationship between space, sound and art in the field of digital creation, either through sound installations, new musical interfaces, or live shows where she puts her discoveries to the test. Bleau has presented her work and projects at various festivals across America and Europe and was recently awarded a special distinction by the jury for the Prix Ars Electronica for her work on the Soft Revolvers project. She is currently working on her Master’s Degree for composition, at the University of Montreal.