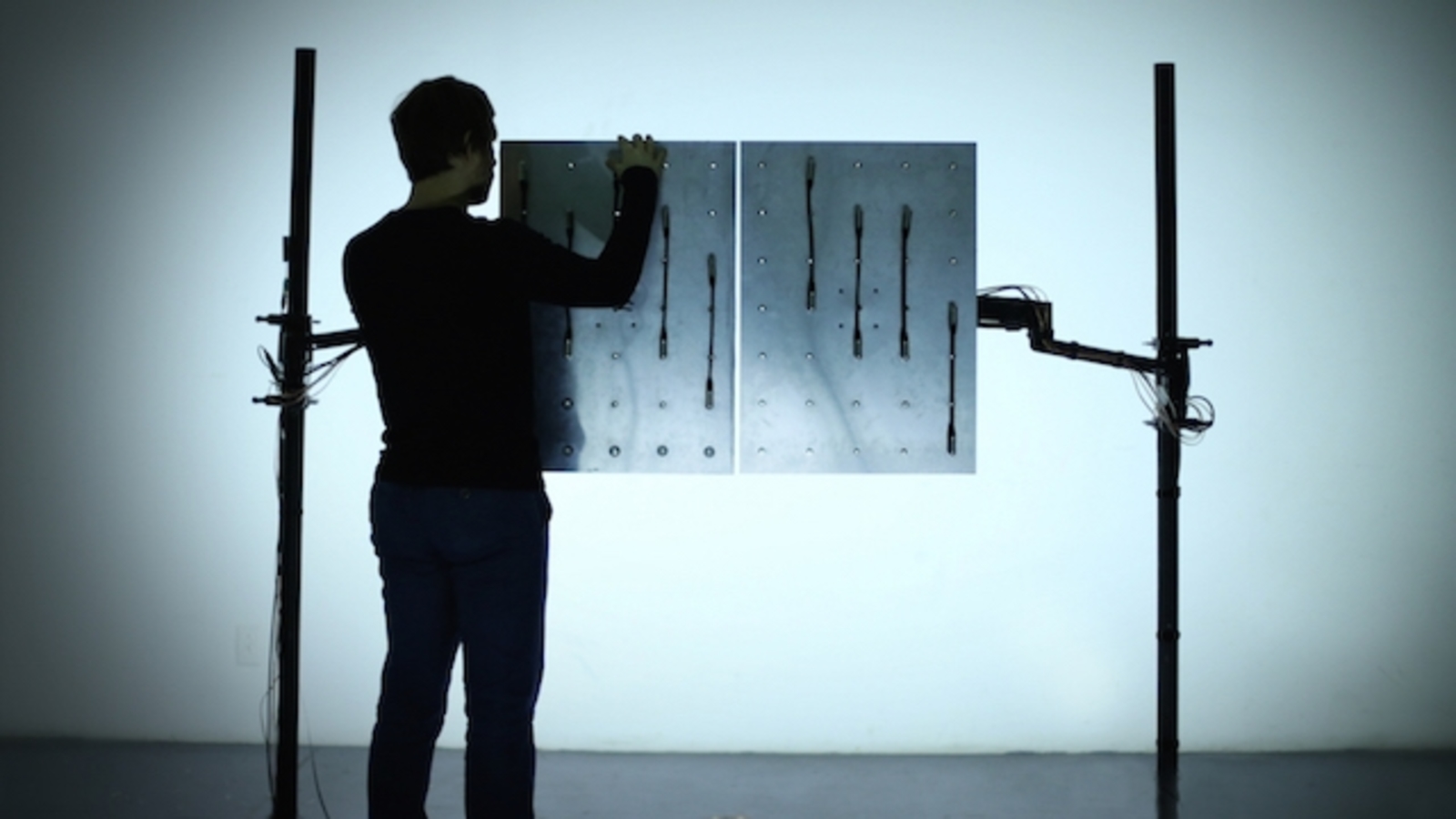 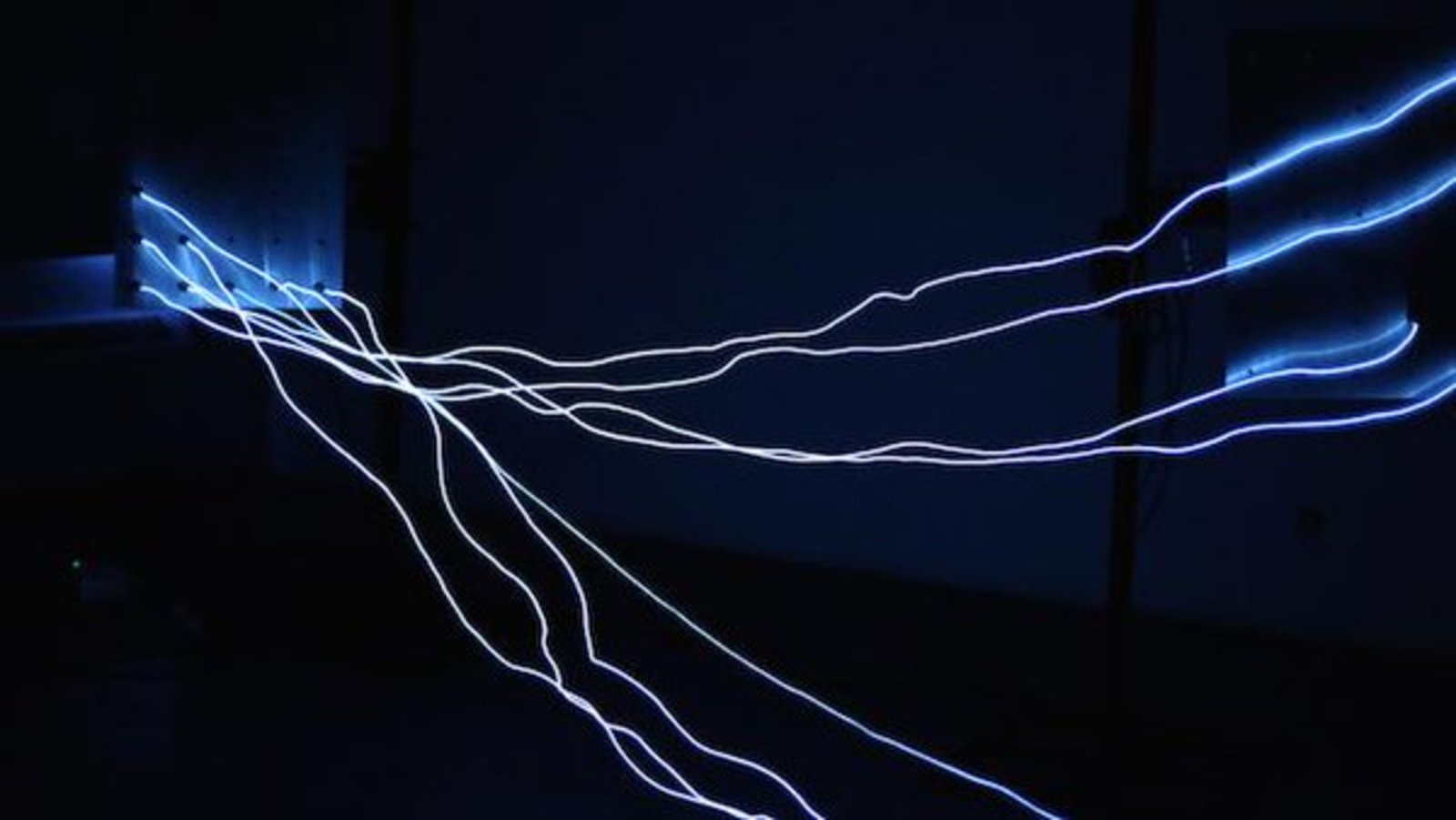 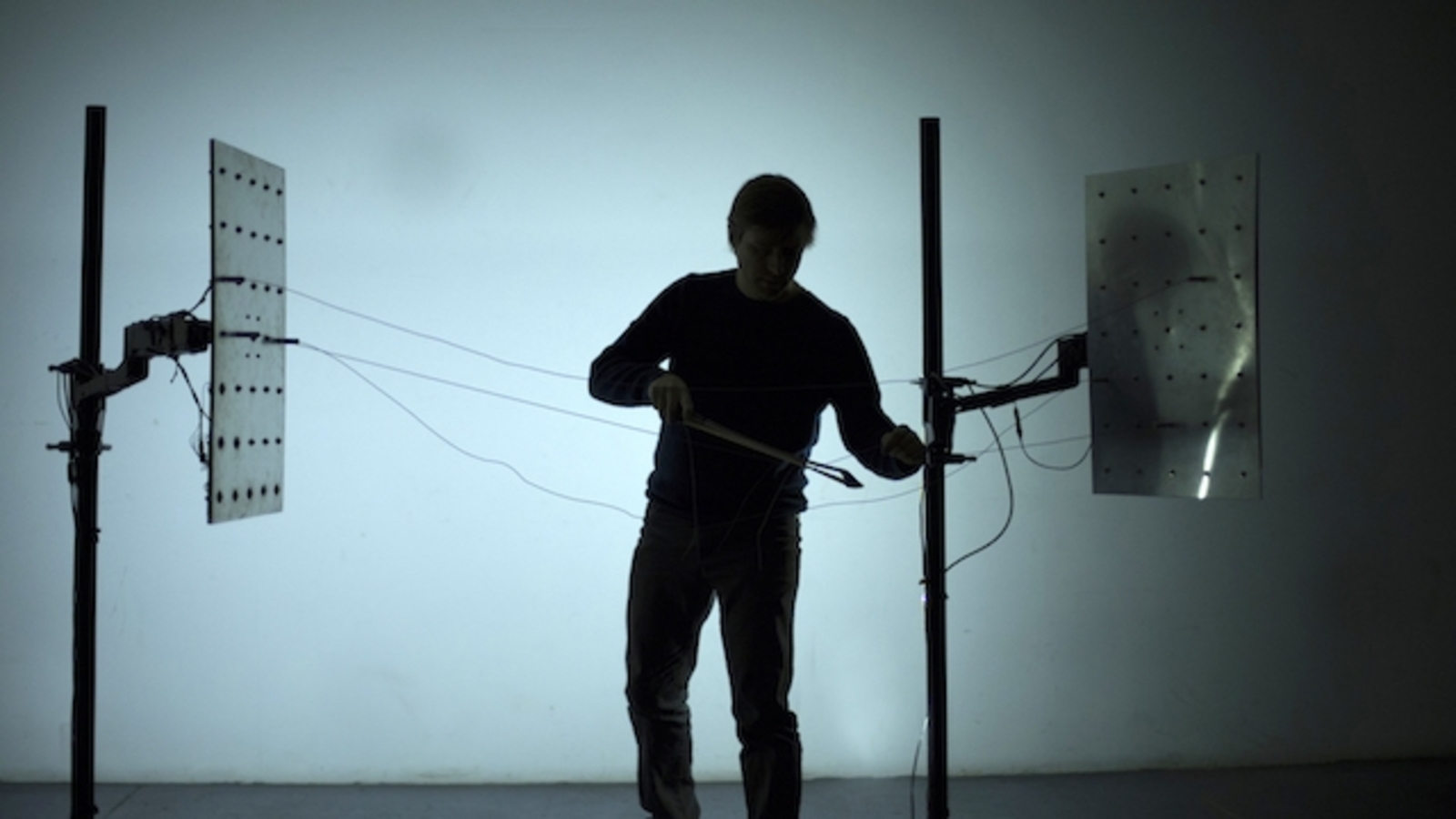 FIELD is the new project from the prestigious Canadian artist Martin Messier whose work derives from one basic idea: the creation of sound from electromagnetic fields imperceptible to the naked eye and human ear. Messier utilises transducer microphones to capture these electrical signals, along with two large panels located on stage that allow him to connect any transmitter outputs to inputs, thereby shaping the sounds. The artists interacts through the continuous plugging and unplugging of connections to produce a composition of sound and light in real time, allowing us to listen to and observe powerful energetic material that would otherwise be inaudible and invisible. The end result is an amazing, incredibly physical show, mixing minimal sounds, electric shocks, shadow manipulation and energy converted into noise.

This new project confirms Martin Messier as an important artist who has shaped his own unique world through a completely original working process. A composer, sculptor, performer and video artist, the Canadian has interacted with sound using all kinds of material as the basis for his work, with each new piece redefining the concept of concrete music. Sónar has closely followed his career, having previously hosted several of his most important creations to date including: “Machine Variation”, a large sculpture of pulleys, belts and levers created with Nicolas Bernier; “The Sewing Machine Orchestra” an installation producing sounds and compositions from several sewing machines; and “La Chambre des Machines” the precursor to the “Machine Variation” project -created with Barnier- which also paid tribute to the Intonarumori (noise machines) of futuristic Italian artist Luigi Russolo.