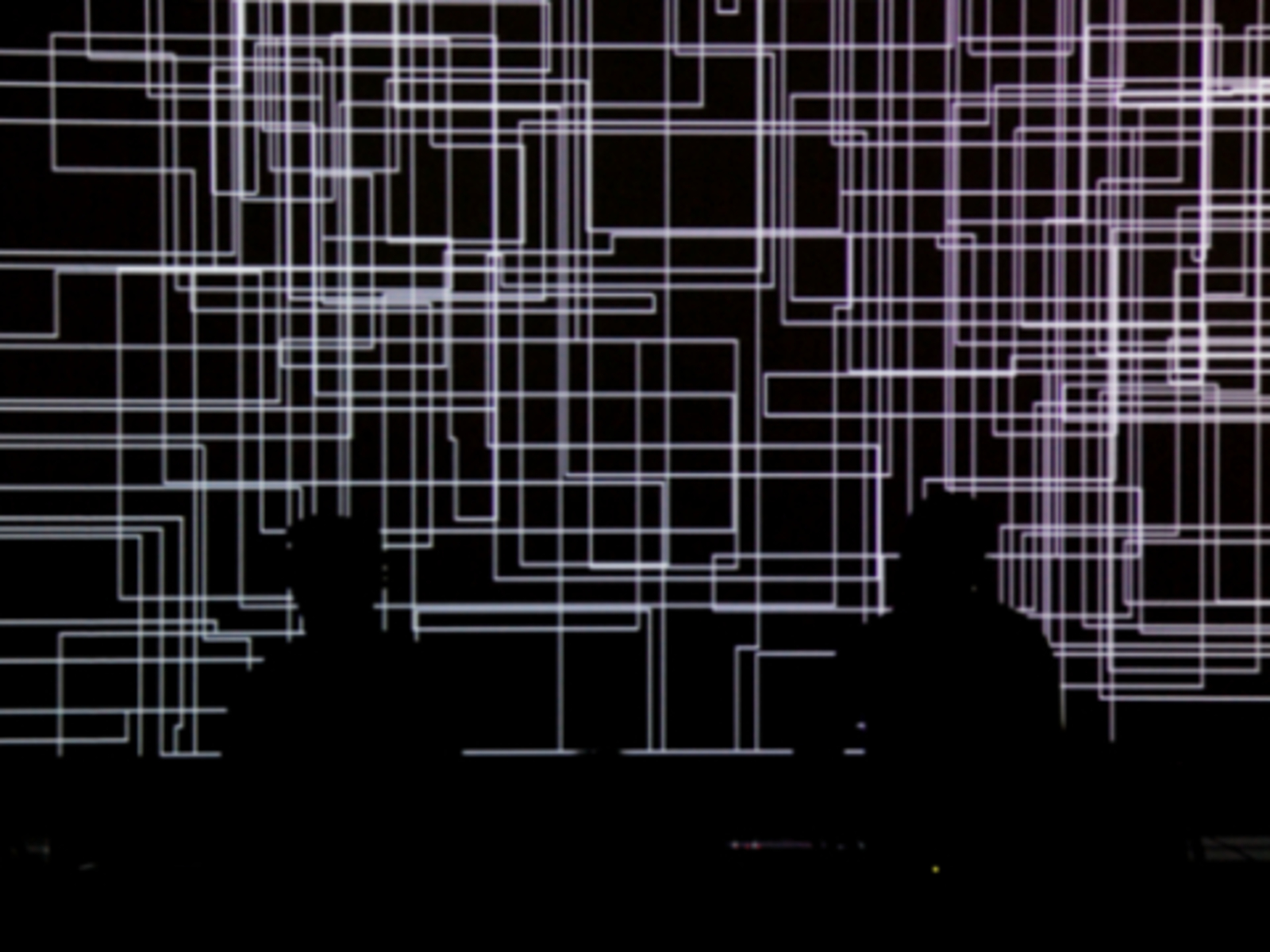 Cyclo brings together two of the world’s most important digital artists; Japan’s Ryoji Ikeda and Germany’s Carsten Nicolai. Tireless sonic investigators, their objective as Cyclo is to give shape to the visualization of sound and to discover new hybridizations between the visual arts and digital music. More than just concerts, Nicolai and Ikeda will put forward highly technological sensory impacting shows affecting retinas and eardrums that mix repetitive algorithmic techno with powerful visual interpretations of their sound. This essentially means that the images will not just accompany the music, but in fact in most cases: the images ARE the music. The raster-noton 20th anniversary showcase would not be the same without them.

Cyclo formed following the combined performances by Nicolai and Ikeda in the “New Forms” series of concerts held in Leipzig in 1999. What originally began as a occasional collaboration has become a long-term project and has progressed over time, whenever their busy schedules have allowed. Nicolai and Ikeda –who live and work regularly in Paris- share an obsession with digital sound quality, the physicality of ultrasonic frequencies and the limits of human hearing; in addition to concepts like the error, or the results of incorrect mathematical calculations. The duo has released two albums, “·” (2001) and “Go” (2011), both on raster-noton, and the book “cyclo.id: Vol. 1”; but beyond conventional physical formats, they are continually researching new compositional forms and expanding their database, the “Cyclopedia”, comprised of sounds that have been selected on the basis of their post analytical visual response.