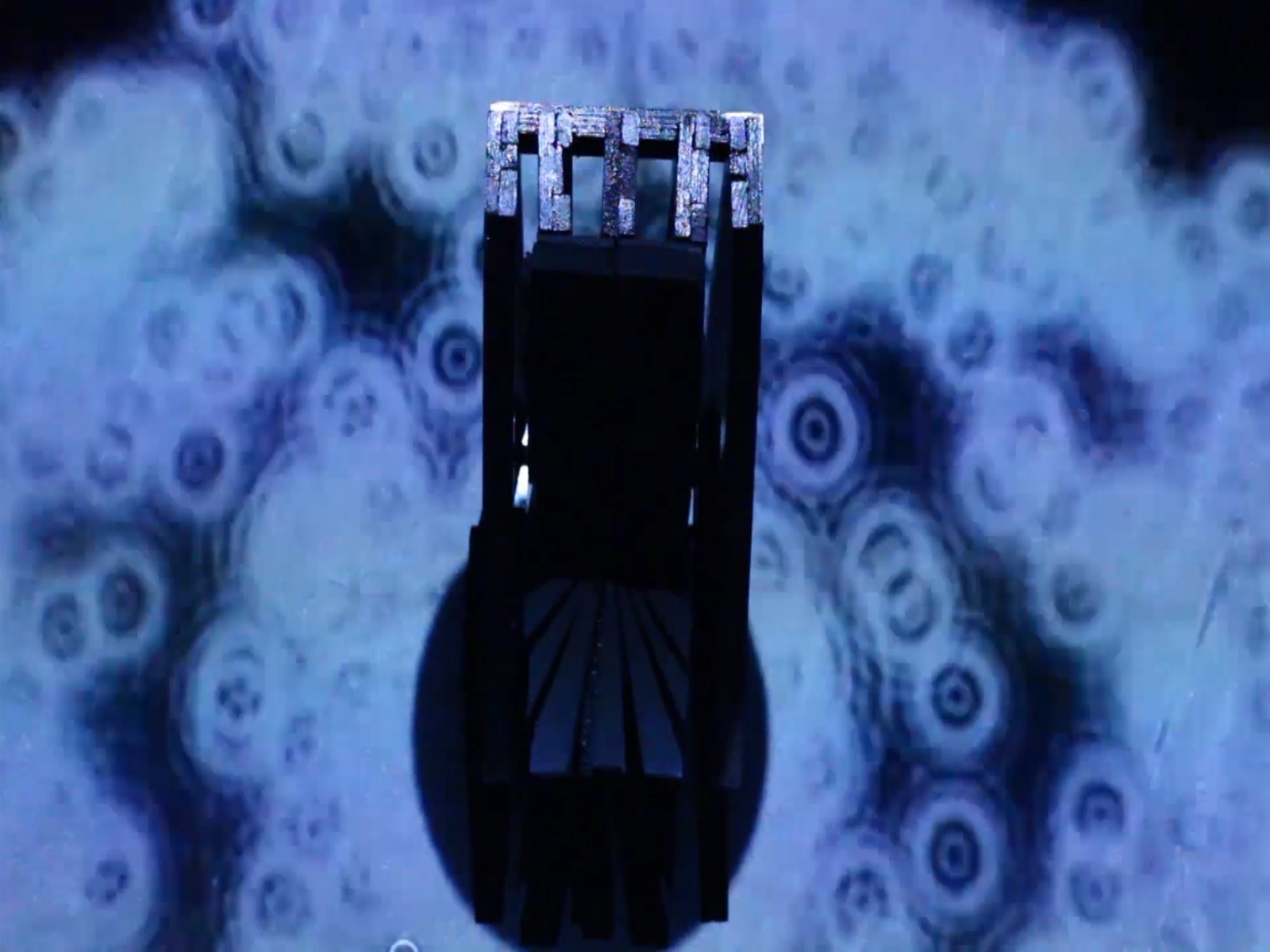 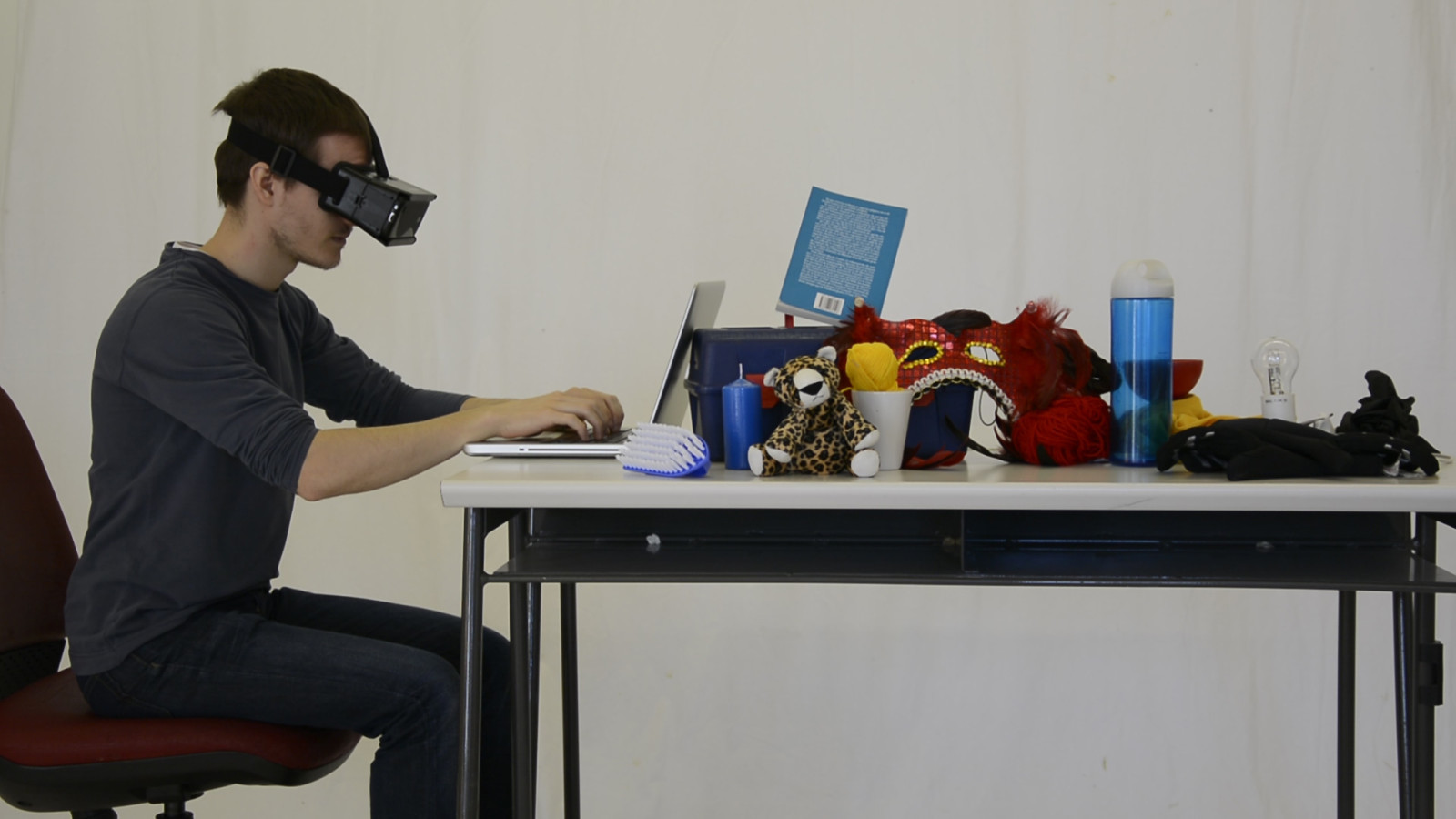 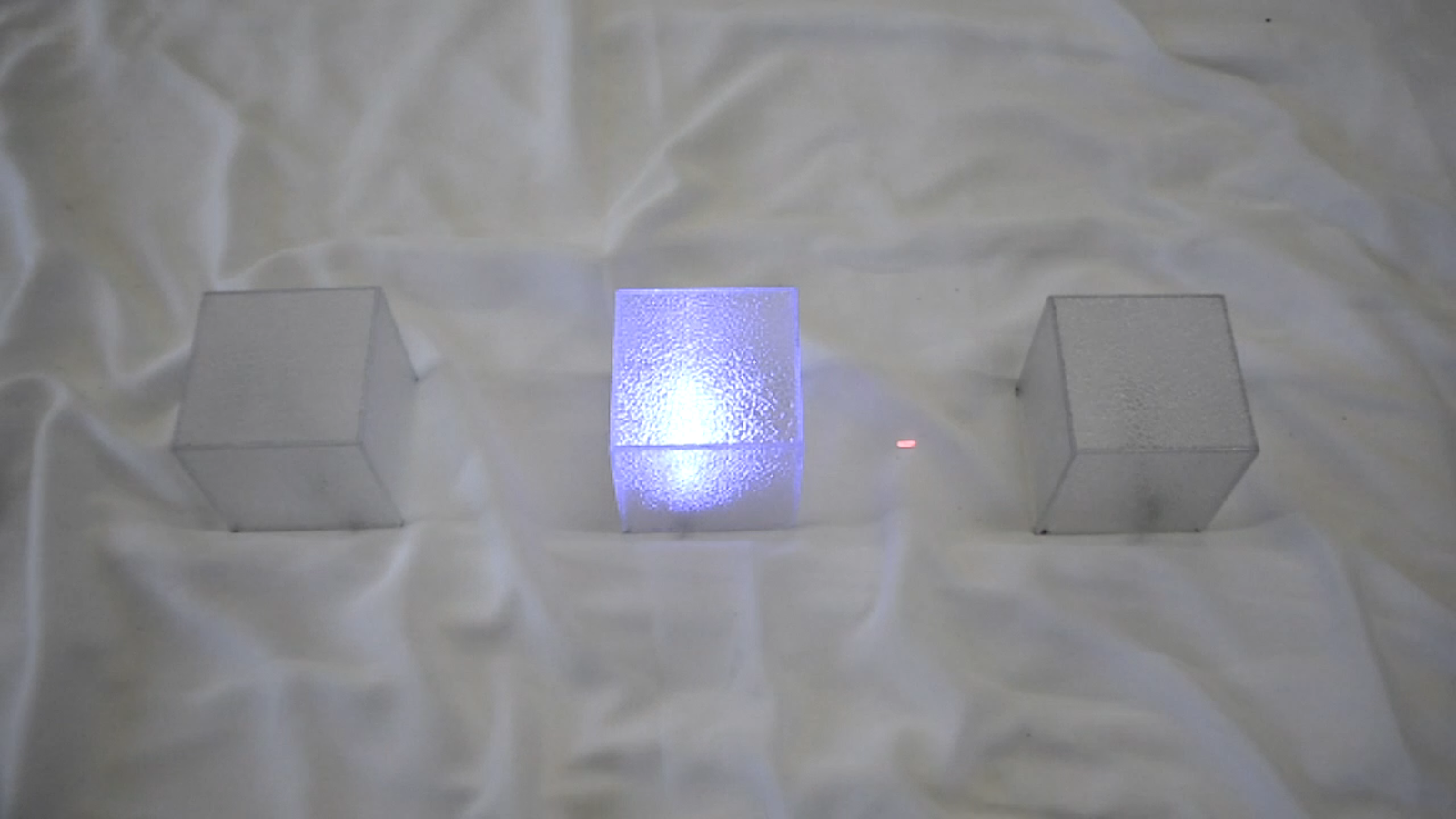 The Seamless Interaction group from the Media Technologies Department at La Salle Campus Barcelona (Universitat Ramon Llull) presents Empathic Interactions, a series of projects on the relationship between people and objects through the technology – a line of research focused on the role of empathy in our relationships with everyday objects and how they are able to trigger emotions.

Marcos is a digital entity with similar features to those of augmented reality – a living laser pointer that interacts with people and connected real objects by activating their functions. This is a small size installation where users will be able to draw on a surface and Marcos would react bouncing off them and activating objects on the way.

Glimpsee: An Extension of Human Perception

Glimpsee is a mobile device used with glasses that enhances human capabilities – it expands the visual sensory capabilities of the user. This gadget sees and processes everything in the visual field of the user and it is especially useful for tasks requiring attention and memory. The Seamless Interaction group will conduct a series of experiments on the attention span of the audience to show the moment when technology decides erroneously for us, biasing our decision-making.

Beat as One is an interactive installation and the first foray in the field of digital art by this research group. With this project, Emphatic Interactions analyses the role of emotions in the relationship between humans and everyday objects from an artistic perspective by using sound, light, projections and two chairs that tell their story in an interactive experience.